Listen to Abdul Basit - Murattal on: 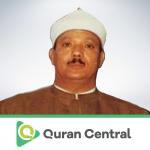 Abdul Basit – Murattal is born in a small village called Armant in Egypt in 1927, Qari Abdul-Basit ‘Abdus-Samad, or simply known as Abdul Basit was a renowned Qari. He was mesmerized by the recitation of Muhammad Rifat and succeeded in memorizing the Qur’an in all the seven different styles. He led the Tarawih at the young age of 14 in local mosques during Ramadan.

The trend of commercializing one’s recordings started with Sheikh Abdul Basit, and he was the first president of the Reciters’ Union in Egypt.