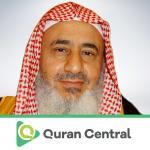 The Sheikh had been exposed to imamate since his childhood years due to his father, but he officially entered this field in his college years when he was appointed the imam and khateeb in Mohammad Bin Abdulrahman Al Obeikan’s mosque, and in Al Jawhara mosque in Riyadh.

Besides that, he is also a writer, researcher, preacher and lecturer who is a member of Saudi Arabia’s Shura Council and a judiciary consultant for the Saudi Ministry of Justice. He has contributed to the Arabic literary field as well with books such as “Khawarij and the Renewed Thought”, “Khawarij Al Asr” and other writings. In addition to this, he is involved in the media through press articles and animated programs through Saudi channels.

The Sheikh has also been a mentor for many shuyookh which include Sheikh Abdullah Al Yahya, Sheikh Abdulrahman Al Waadan and Sheikh Ahmed Al Mazrouae.