Listen to Ahmad Al Hawashy on: 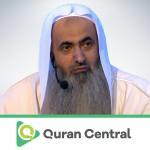 Ahmad Al Hawashy is born in 1374 in Ahad Rafidha city of Saudi Arabia, Sheikh Ahmed Bin Muhammad Bin Abdullah Bin Mu’adh Al Hawashy is a prominent and magnanimous name in the circles of Quran Hifdh and soulful recitations along with being a preacher par excellence.

Commencing the preliminary education at the Al-Imam Ahmad Ibn Hanbal school in Khamis Mushayt, he enrolled himself into the “Islamic Institute” in Abha, where he was taught the principals of the Islamic religion.

He was enamored by and deeply influenced by stalwarts of Deen propagation like Sheikhs Suleiman Bin Fayae, Shaher Bin Saeed Al Qahtani, and Mohammad Bin Shaye to name a few. Sheikh Abdel Aziz Bin Baz was one among many who always had kind words for this gifted Shaykh. Shaykh Muhammad Bin Uthaymeen even blessed him with heaps of praises citing him as “Al Salaf Al Salih”.

Post clearing college, he began doing the Imamate of “The Grand Mosque” in the city of “Khamis Mushayt”.

Winning the best Imam and preacher in Abha was testimony to the prodigal talent and extraordinary acumen of Shaykh Ahmad in the field of Quran and its sciences.