Listen to Ahmad Khader Al-Tarabulsi on: 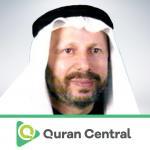 Among his numerous accolades is  that Sheikh Ahmad Khader aced the “Khatm Al Quran” in 1962 and was appreciated by Sheikh “Mamoun Kitabi” according to Hafs Aen Assem  and not to forget a token of appreciation in “Islamic Studies” from “Dar Al Quran”.

Sheikh Ahmad Khader has managed to ace most competitions like Quran recitation in Malaysia in 1986, “Al Jouyouch Al Islamia” competition in Iran in 1995, and the Indian international competition in 2007.

He has also had the innate pleasure and privilege of judging the international Kuwaiti competition, in the categories of Tilawat and Tajweed in 2010.