Listen to Ahmad Naina on: 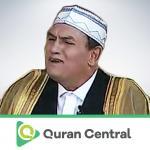 Dr. Ahmed Nuaina was born in the year of 1952 and is of Egyptian origin and has a master’s and Ph.D. in pediatric medicine.

Sheikh Ahmad Nuaina mastered and gathered hold over the art of Tajweed under the distinguished guidance and support of supervision of Sheikh Ahmad Al Shawa preceded by Hifdh of the Holy Quran at the tender age of 8. The Quran reader Sheikh Mustafa Ismail left a lasting impression on his mind and this led him to completely subject himself to learning and mastering the art of recitation from his ffavoriteShaykh.

Also, under the hands of Sheikh Mohammad Farid Al Noamani and his wife Sheikha Um Saad, he began to master Ten readings.

The year of 1967 was a landmark year in Sheikh Ahmed Nuinaa’s life and held magnanimous prominence for  the president of the time, Anwar Sadat, appreciated his Tajweed understanding and Quran recitation. He was impressed so much so that he got the Sheikh on board his special secretariat team as a designated doctor.

Because of this unusual recognition and adulation, Sheikh Ahmad earned himself the title of  “Presidency Quran Reader” which he maintained up to the time of the reign of Hosni Mubarak.