Listen to Fahd Al Kandari on: 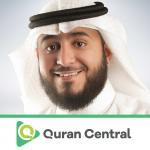 Fahd Al Kandarinis born in Kuwait in 1982 and is a household name in the world of reciters of the Book of Allah and hence, he is no need of any introduction.

Having participated in and aced many Quranic competitions, his imminent future in the field of education at the Islamic universities and working as an Imam in many mosques alongside advocacy work, media production and TV presentation in various religious programs were a no-brainer.

Quranic memorization blessed him at the age of 15 under the supervision of Sheikh Rashad Ibn Mohamed Sayed Ahmad Alam.

Fortunately for him, he has had the opportunity to lead the prayers in Al Hay Mosque, Al Amir in Yarmouk and Alkolaib Mosque. He has even done Imamat in Qatar in Mohamed Ibn Abdelwahab Mosque in 2012.

Sheikh Fahd Al Kandari is a media and marketing genius as he has successfully broadcasted a number of Television programs like, “Bel Quran Ehtadayt”,“traveler with Quran” to name a few.