Listen to Fares Abbad on: 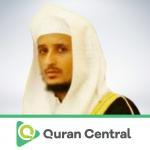 His interest and inclination towards the Holy Quran started since he was a little boy. Sheikh Fadl Morad taught and helped him master the technique of reciting the Quran. He sought inspiration from and looked up to the gems of the Islamic world, namely, Abdul Basit Abdul Samad and Mohamed Al Mohisni.

He started as an Imam of Tarawih prayers, in Bilal Ibn Rabah Mosque in 1994, and maintained himself in that designation for 7 years.In 2004, Sheikh Fares Abbad was the imam of Sheikh Abdel Razek Afifi Mosque, Riyadh, Saudi Arabia.He also led the prayers as an Imam in Ali bin Abi Talib mosque for two years since 2006, which is located in the east of Saudi Arabia before moving to Ajman in the United Arab Emirates where he currently resides.

His fame and adulation started gaining prominence through his audio recordings, most notably, the whole Quran recited on 2003, which was financed by the Qadisiya Records company. He put in his heartfelt support in the publication of his performances. His much publicised and soulful poem “Nounia Al Qahtani”, that is composed of eight hundred verses, was brought to reality in his own melodious and mesmerizing baritone.  He has also recorded the Introduction of Ibn Al Qayem (the Paradise Description), ”The day 2 sides reminders”, “The possession spell”, and “The magic spell”.

He’s currently getting ready to bring forth “The fortress of Muslim” with a new approach and perspective.