Listen to Hamad Sinan on: 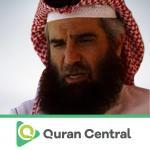 Sheikh Abu Al Hareth Hamad Sinan, of Kuwaiti origin, is a name that needs no introduction what with being a former professional singer and at present an Islamic preacher and Quran reciter par excellence.

He is currently working as an Imam and a preacher in “Al Bachar” mosque.

Initially, miles away from the Noble Quran and the Islamic Da’wa, a beacon of the light of Deen and Islam knocked upon his doorsteps in the form of the last ten days of the Ramadan of 1981 in Al Matir Mosque behind the Iraqi Imam  Sheikh Al Dulaimi. The prayers of Qiyam Al Layl stirred his soul and Sheikh Hamad was completely drawn and captivated by the power of Allah and said goodbye to the singing heaven he had made earlier.

His prayers and dedication were not left unanswered as his efforts were given recognition when he acquired certification according to Hafs Aan Assem’s from Al Shatibiyyah followed by Imamat in the year 1987.

Sheikh Hamad had by now gathered profound knowledge of the Quran, Al-Fiqh and Al Oussoul. In addition, he was also a respected member of the Imams and Muezzins selection committee.

Taking the help of media and marketing to his advantage, he propagated Deen by releasing many audio and video publications and has a dedicated program called Fi Diyafatikum on the Kuwaiti Al Watan channel.