Listen to Ibrahim Al Akhdar on: 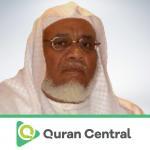 To accomplish his educational process such as Dar Al-Hadith, he obtained from various Islamic schools. Simultaneously, Ibrahim worked on completing Hifz of the Holy Qur’an learning from eminent teachers like Omar Al Haydari, Sheikh Hassan Ibrahim Al Chair, Sheikh Amir Bin Sayed Othman, and Sheikh Ahmed Bin Abdulaziz Al-Zayat. He is also the privileged few who have mastered the Aqidah, the Fiqh and he also was imparted language courses by Sheikh Abdullah Bin Mohammed Al Ghunaiman.

Ibrahim Al Akhdar taught in Abi Bin Kaab School in the Madina Munawarah and then led prayers as Imam in the Holy Mosque of Jeddah. The Holy Qur’an Faculty and the Call Faculty of the Islamic University of the Madina Munawarah sought his esteemed services as a teacher. He has also made a name by imparting education in the Scientific Institute of Islamic Call relevant to the Imam University.

For nine years since 1986, Sheikh Ibrahim Al Akhdar was one of the Imams of the Holy Mosque of the Prophet.

Sheikh Ibrahim Al Akhdar is a very active social member of the community and he contributes in various ways to the Holy Qur’an Memorization activity in Saudi Arabia and in many committees and associations such as the Charitable Association of Social Services; the National and International Jury of the Holy Qur’an competition.

Sheikh Ibrahim Al Akhdar has given wings to and made a reality of numerous conferences and graced participation in Saudi TV channels. He has also produced a large number of audio tapes that contains heartfelt and soulful Quranic recitations.