Listen to Ibrahim Al-Jibreen on: 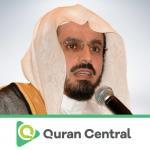 After having memorised the Holy Quran successfully, Sheikh Ibrahim shifted interests towards receiving his Bachelors from the Mohammed bin Saud Islamic University, Riyadh with a degree from faculty of Usool al-Deen during 1419 -1420 after which his ultimate priority was to obtain a master’s degree for which he diligently prepared a thesis on the topic –  “Aspirations in the Quran and Sunnah: Advantages and Disadvantages”.

Conducting Imamat is not alien to this blessed and prolific Shaykh and ample proof is seen from him showing his prayer leading skills as an Imam in the mosque Ibn Qudamah Al Maqdisi in 1410, Mosque Al Shuhadaa, mosque Sheikh Ibn Al Baz in Shubra, mosque Sheikh Abdul Razzaq Afifi in 1426, and Mosque Al-Amira Al Anoud in 1427.

He is currently continuing his studies in the deen and is also an imam in Riyadh in Al Quwaiyah.