Listen to Idriss Abkar on: 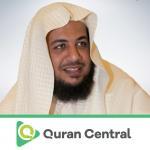 Sheikh Idrees Muhammad Abkar made his way into this world in Jeddah city in 1975. He is Qari who needs no introduction and is a great, talented Quran reciter.

From an early age of eight years, he started getting Quran education in Masjid-ut-Tawheed and by the age of 13, he had already joined the Hifdh ul Quran groups in Masjid ul Fatini. He was imparted education by the best in the field which included big names like Yusuf Al Ahmadi, Abdelwahab Al Ahmadi, Awda Addahri, Abdellah Alqarni, Hadi Said, and Mohammed Rafii.

The designation of Shaykh Idrees Abkar was a great choice given his extensive finesse in leading prayers and he managed to do this job with great ease and interest. He has led prayers in  Masjid Al-Fatima, Masjid Ibn-Taymiyyah, Masjid Al-Qahtani, Masjid of Assad Ibn Al Hadeer, Masjid Ibn Arqam, Masjid Seliem al Araby and Masjid Bagaber.

He has had the privilege of  leading Tarawih prayers in many countries of the world  such as Jordan, Qatar, Kuwait, Bahrain, UAE, and number of other countries in Africa and Asia.

He was officially appointed as the official Imam of Sheikh Zayed Grand Masjid in Abu Dhabi, UAE on Saturday November 23rd, 2013  where he holds this position till date.