Listen to Jaber Abdul Hameed on: 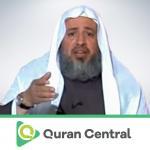 Jaber Abdul Hameed is a true stalwart of Azhar university standing tall as an irrefutable name in the world of Quran recitation and preaching, Sheikh Jaber Abdul Hameed Qutb is of Egyptian origin. He was christened with the title ‘Crying Sheikh ‘ for his humbled feeling while preaching and teaching.

Due to the unique silken texture of his voice, Sheikh Jaber Abdul Hameed has had a great run in leading prayers at many Masjids namely Al Nour mosque in Abbasiya, Anwar Al Nasr mosque and Al Rayyan mosque in Cairo.

He has shared his most humble views on a plethora of topics noteworthy among which are “Forgiveness between Christianity and Islam”, “Stands with our Youth Generation” and “Attributes of Abdul Rahman”.

He is an inevitable part of the Al-Khalijiya and Al-Nas channel, with him leading shows on Islamic guidance and insight.