Listen to Khaled Abu Shady on: 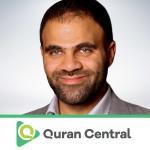 Khaled Abu Shady came into this world in March 1973 in Gharbiya, Kuwait and did ultimate justice to the knowledge and art of Quran recitation and preaching beyond measure.

He has sought education in the pharmaceutical sciences discipline from the University of Pharmacy, Cairo after which he steered his ship towards Deen propagation.

Sheikh Khaled Abu Shady has innumerable brilliant publications to his credit, noteworthy among which is ‘Together we Create the Next Dawn”, “Doses of Medication”, “the Veil has Spoken”, “Bargains”, “A Night between Heaven and Hell”. His contributions in articles like “Turn the Pages”, “Labbaik…”, “Prostration in Al Rawda”,  “Few breaths in few places” and many others have to be read to be believed.