Listen to Khalid Abdulkafi on: 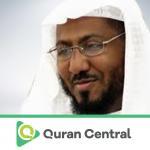 Prolific and not devoid of any introduction, Shaykh Khalid Abdulkafi Maqboul was born in Mecca in 1391 and has been an inevitable segment of Quran recitation and memorization.

Sheikh Khalid Abdulkafi, after having graduated in Quranic studies from Al Mu’allimin University in Jeddah having been guided by the efficient Sheikh Dr. Adnan Saleh Al Habashy in the nuances of Tajweed, he was cross-checked and granted a certification by  Sheikh Ahmed Al Masri.

Noted Shaykhs like Sheikh Muhammad Siddiq Al Minshawi, Sheikh Muhammad Ayoub, and Sheikh Abdullah Awad Al Juhani have left an indelible mark on his mind and it only helped him remain motivated and steadfast in the way of Deen.

His initial tryst with being an Imam came when he was given the sole responsibility of leading the Tahajjud and Tarawih prayers in Rahmat Al Mouaeminin Masjid.

On the contribution front, he has no stone left unturned with him being in charge of “Dar Al Khouloud” school for Quran memorization.

An outstanding lecture on the biography of our prophet’s companion Sa’d Ibn Abi Waqqas is a highlight in his illustrious career. The Shaykh was not content with what he had achieved and even went ahead and created ”Al Quran Laka” which means “The Quran for You”.

Shaykh Khalid has to his esteemed credit, a  Khutbah named “Islah Dat Al Bayn” or “Mending fences” and  “The Affection between the Spouses”.

Now in Aisha Al Ka’aki mosque since 1429, he serves as an Imam with humility and dignity.