Listen to Khalid Al Mohanna on: 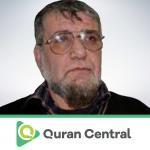 Sheikh Khalid bin Sulaiman bin Abdullah Al Mohanna, an eminent and distinguished Imam of Saudi origin, has graduated in Sunnah and followed it up with a post graduation in the Hidden Flaws and Knowledge of the Men and beautifully summed up with a Ph.D. in the Hadeeth differences.

Soon after the attainment of education of this magnitude, he was immediately skimmed into the Faculty of Usool in the Imam Muhammad bin Saud University.

His professional commencement of being designated as an Imam began at the coveted mosque of  Prince Mohammed bin Saud Bin Abdul Aziz in Hittin.