Listen to Mahmoud Hussein Mansour on: 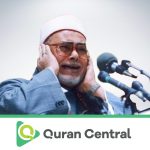 Sheikh Mahmoud Hussein Mansour was an Egyptian reciter of the Quran who was brought into the world in Cairo, Egypt during 1934. The Sheikh joined the radio in 1963. Unfortunately, he passed away on 8 March 2002 at the age of 68.