Listen to Mohamad al-Arefe on: 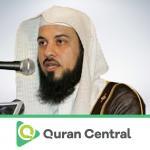 Mohamad al-Arefe is born in 1970 in Saudi Arabia, Mohammed Bin Abdul Rahman Ben Mohamed Ben Moulhi Ben Mohammed Al Arifi traces his roots back to the Prophet’s ﷺ  companion Khalid Ibn Al Walid. He is a unique and gifted talent in the discipline of Quran recitation and nuances of Tajweed.

Mohammed Al Arefe graduated in theology from the Imam Muhammad Bin Saud Islamic University in Riyadh, followed by a post graduation in the discipline of Aqeedah, theology and contemporary doctrines and then summed it up beautifully with a Ph.D. with the subject – “Views of the Shaykh al-Islam Ibn Taymiyyah in Sufism – Collection and Study”.

His pursuit of the knowledge of Quran and Deen brought him to the doorsteps of stalwarts in the field like Sheikh Yahya Lalala, Sheikh Ahmed Issa Almasrawi and various other pronounced and well-versed fuqaha.

Sheikh Al Arifi has a sound professional lineup too as he teaches at the King Saud University since 1993 and also being designated as the official khatib in the Albawardi mosque in Riyadh.

Sheikh Mohammed Al Arefe has an illustrious repertoire which houses more than twenty edited books, not to miss out the lectures and speeches like “Khutab al Jum’ah”, and “Al fiqh al Mmuyassar ” among a few.