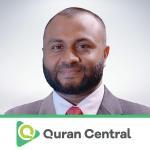 Dr. Mohamed Shaheem Ali Saeed is one of the best quran reciters in Maldives. He first started his journey in Quran recitation from a Qari class in GA. Maamendhoo. After that, from Al Madrasatul Arabiyatul Islamiya and Mawhad Al Dirasatil Islamiya. Dr. Shaheem memorized the Quran from Pakistan’s Al Ashrafiya University. He learnt Arabic language from Imam Abu Hanifa Higher Institute For Teachers, and got his diploma in Islamic Shariah from Egypt in 1998.

Dr. Shaheem studied in Madinat Al Munawwarah Islamic University, and he filled the Imam post of the Univeristy’s mosque, Masjid Al Shaikh Ibn Baaz. Dr. Shaheem was the Imam of Masjid Al Sultan Hassan Izzaddin of Maldives in 2005, and he was teaching Quran in Al Madrasatul Arabiyatul Islamiya as well. He also was the supervisor of the Center for Holy Quran of the Maldives, and continued being the Imam of the Tahajud prayers during Ramadan at Masjid Al Sultan Mohamed Takrufanul Auzam, the biggest mosque in the country.

Dr. Shaheem completed his Masters degree in Islamic Shariah (Fiqh – Usoolul Fiqh), and received his PhD from the same field, from the International Islamic University, Malaysia.

This CD is produced due to a number of requests from a lot of people who wish listen to the Quran recited by Dr. Shaheem’s beautiful voice.