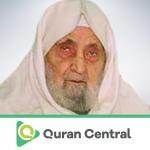 The beginning towards enlightenment towards Qur’an Sciences came in the blessed form of his own mother and neighbor Fatima Bint Ali Al-Hajjah who enrolled him into the Khajah. It was here that the Shaykh got introduced to the learning of the Qur’an and his seeds of labor bore fruit when under the able and prominent guidance of Sheikh Izz El Din, he did the Hifdh of the Holy Quran at the age of 17.

Sheikh Mohy El Din Al Kourdi has had the honour and privilege of having been trained and guided by prolific names in the field of Quran like  Sheikh Mohammed Barakat, who supervised his reading of Umdat Al Salik in Al Fiqh Al Shafi’i and Shaykh Hosni Al Baghal,who oversaw his readings of the book of Ibn Al Kassim and Al Azhar and Al Qatar, and more than half of the explanation of Ibn Aqeel not to forget Sheikh Al Shafi’i Saleh Al Akkad who was witness to the reading of the books: “The Book of Editing”, “Papers in the Ousoul” and many more.