Listen to Muhammad al-Mehysni on: 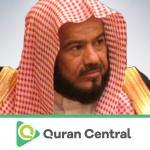 Muhammad al-Mehysni  is born in 1965 in Riyadh, Sheikh Mohamed Al Mohisni is an eminent and reputed Quran reciter.

Having completely memorized the Holy Qur’an  when he was merely 12 years old, his skills and magnanimous talent were known at a very early age.

He made a debut by serving as an Imam at the age of 14 years, in Riyadh followed by at Al-Abbas Mosque in 1979.

He was formally appointed as leader of The Committee for the Promotion of Virtue and the Prevention of vice Branch As-Safra in Buraidah in 1989.

He is currently doing the Imamate at the Al-Qatari mosque.