Listen to Muhammad Jibreel on: 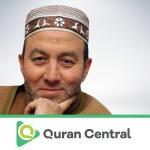 He had gathered enough knowledge by doing the Hifz of the Holy Book of Allah by the age of nine itself and earned himself the BA degree in Islamic Law at Al-Azhar University.

He was appointed to lead the prayers as an Imam of the famous mosque Amr Ibn Al’Ass in Cairo in 1988.

Sheikh Jibreel is extremely famous for his “Dua Al Qunoot”.