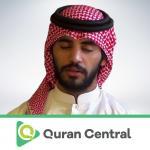 Muhammad Taha Al Junaid stepped into this world in the Kingdom of Bahrain.

He started to seek education in the discipline of Qur’an sciences by enrolling himself into the center of Quran memorization: Abdel Rahman Ajour in Hamad city, Bahrain which led him to by heart twenty parts (Hizb) of the Quran.

Muhammad Taha Al Junaid  has numerous accolades of high merit to his credit namely securing first positions in most of the Qur’an recitation competitions along with also winning the prestigious Sheikh Ibn Baaz contest, in Quran memorization and Tajweed which was organized by the Islamic Education Association not to forget achieving one of the top ten places in Jalawi Bin Dhawi Al Otaibi competition in Quran memorization and Tajweed and also securing first position in the Holy Quran competition in Bahrain radio which was organized by the Ministry of Justice and Islamic Affairs.