Listen to Musa Bilal on: 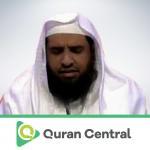 Sheikh Musa Bilal Minyar, one of the prolific Quran reciters of our time, is a talent to reckon what with his resounding and soulful baritone when doing the Tilawat of the Quran.

After completing the Hifdh of the Book of Allah under Shaykh Abi Muhammad Abdul Malik Sultan, the director of the Quranic School, and the professor in Umm al Qura University in Mecca, Sheikh Musa received a certification in the Ten Readings under the able and respectful guidance of Shaykh Abi Muhammad from Al Shatibiyyah recitation method.

He is currently serving on the judging panel of the International Quran reading competition in Dubai. Also, he is leading prayers as an Imam in Al Nour mosque in Mecca, Saudi Arabia.