Listen to Mustafa Ismail on: 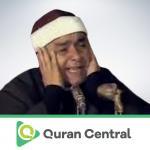 Mustafa Ismail is born in 1905 in Mit Ghazal, a village near Tanta, Cairo, Mustafa Ismail was an excellent reciter of the Holy Quran.

He acquired education on Quran sciences at Al-Azhar institute of Tanta since the age of 15.

In the year 1944, he rose to fame as the reciter of the King Farouk and thus, became the first reciter of Egypt.

He drew inspiration from and was an avid admirer of Sheikh Muhammad Rif’at and Sheikh ‘Abd al-Fattah al-Sha’sha’i, Sheikh Mustafa.

Until his death, he was the official reciter of Al-Azhar mosque in Cairo.