Listen to Neamah Al-Hassan on: 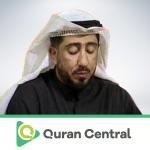 Shaykh Neamah Bin Yaakob Bin Mahmoud Al Hasan, of Iraqi roots, was born in Basrah in 1969. He is touted to be a Quran reciter beyond excellence and is an Imam to reckon.

Having completed his elementary education in various reputed schools in his native town, he then moved on to obtain his bachelor degree from the Shari’a University in Islamic Sciences in Baghdad, Iraq and not to forget Sheikh Othman Al Kurdi who granted him a certification by Hafs A’n Assem’s recitation at the same time. A postgraduate degree in the discipline of Arabic language was the next best thing to do in his mind and he obtained that from the Faculty of language, Basrah.

Sheikh Muhammad Saleh’s guidance was monumental in imparting the knowledge of the Quran to Shaykh Neamah and simultaneously Sheikh Qassem Al Samrani who helped him master the nuances of  Tajweed.

Sheikh Neamah Al Hassan being appointed as an Imam in many Masajids over the years, before settling down to lend his services as a coveted and intellectual Imam in the mosque Abdul Aziz Al Sanad in Kuwait along with overseeing the Quranic memorization meetings in Kifan.

Sheikh Neamah takes keen interest in and is an avid user of the broadcast medium having many outstanding recordings and publications to his credit prominent among which are  “Al An’aam with Dua’a” which includes “Tilawat” from “Al Qiyam” prayers in “Uthman Bin Affan” mosque, “Al-Furqan and Yaseen with Dua’a” from “Taraweeh” prayers in “Al Albab” mosque , and “Hood, Al-Qiyama, An-Naba, and An-Naziaat “with the dua’ from “Taraweeh” prayers in “Al Sanad” mosque .