Listen to Omar Al Kazabri on: 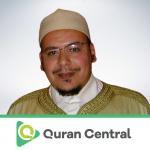 In order to learn in depth about Islamic Fiqh, he joined the  Islamic Institute of Makkah while simultaneously doing Imamat at  Jeddah’s University mosque. He worked hand in hand alongside Sheikh Ahmed Al Massarweh on “The Ten Recitations Achievement”.

Omar Al Kazabri premiere Imamat experience was when he conducted the prayers in Ulfa’s mosque (Casablanca, Morocco) and he also irrefutably was designated to lead the prayers as an Imam and Reciter of the coveted Hassan II mosque.