Listen to Sadaqat Ali on: 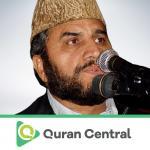 Sadaqat Ali of Pakistani roots is a famous Qari of the Holy Qur’an while actively juggling various responsibilities like the designation of Chairman in Saut-ul-Qura International, Pakistan and being appointed as the Senior Qari at Pakistan Television and Radio, Pakistan.

Being a talented student of the renowned Qari Abdul Basit, Abdul Samad of Egypt, it comes as no surprise that Sadaqat Ali was part of many Qur’an recitation competitions held in Malaysia, Saudi Arabia, Kuwait, United Arab Emirates, Persia, United Kingdom, United States of America, Europe and various others before finally procuring the number one position  in the International Husne Qirat competition, Bangladesh.