Listen to Sami Al Dosari on: 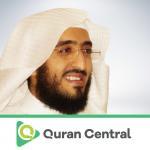 Sheikh Sami Al Dosari is a prolific Imam and preacher alike with a flair for evoking soul-stirring feelings in the hearts of the Muslim Ummah.

Currently, he is employed as a professor in the“Abdullah Bin Abdulaziz” school in Dammam, Saudi Arabia alongside rendering his skills as an Imam and a preacher in Al Malham mosque, in Dammam.

The steps were taken in order to ensure his present position were taken early on in his life with him procuring a certification according to “Hafs Aan Aasem’s” recitation method, thanks to the eminent Shaykh Ahmad Abou Hunaif.