Listen to Shirazad Taher on: 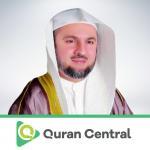 Shirazad Bin Abdul Rahman Bin Taher Bin Hasan Al-Kufi, of Kurdish roots,was born in Al Mosul in Iraq in 1968 and is the possessor of a unique, soul-warming and magnificent psalmody thanks to his flair for amazing Qur’an recitation which he mastered under eminent guides like sheikh Saif Al-Din Bin Hadi and Sheikh Imad Al-Din Shams Al-Din.

His education in “electronics and communications” specialty in Al Mosul University can also not be ignored and lends support to his Islamic accolades which include receiving a certification by the noteworthy Sheikh Abdul Latif Bin Khadar Al Soufi according to Hafs A’n Assem recitation method,“Seven readings” by “Al Shatibi” method in Al Qadisiya mosque among many.

Sheikh Shirazad began his professional commitments by lending his services to Al Abrar mosque in Al Mosul city and after moving to different countries of the world like Yemen, UAE and many more, he has finally set base by conducting Imamat at the “Mohammad Hassan Bin Al-Sheikh mosque in Dubai.

Apart from Imamat, he is also instrumental in imparting the knowledge of Tilawat of the  Quran in Dubai’s central prison which is ought to benefit a large population.