Listen to Yasser Al Dossari on: 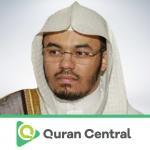 Yasser Al Dossari is born in Riyadh in 1981, words will not suffice to list out the accolades and excellent credentials of this gifted Shaykh with a voice that was made to be for Qur’an recitation and Imamat.

After the Hifdh of the Holy Qur’an at the tender age of 15 under eminent and noted Shaykhs like like Sheikh Bakri Tarabishi, and Sheikh Ibrahim Al Akhdar, Yasser Al-Dosari graduated from Faculty of Sharia Imam Muhammad bin Saud Islamic University which was converted into a successful Doctorate in comparative jurisprudence Institute of the Judiciary at  the same university.

At present, he finds himself occupied in being a member of the King Saud University, the Global Europe Symposium of Muslim Youth while also multitasking as an Imam and Orator in Dakhil Mosque in Riyadh and the General secretary of Prince Sultan University for teaching Quran to the Saudi Arabian Defense forces.