Listen to Yasser Al Mazroyee on: 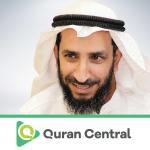 Yasser Al Mazroyee is a product of the teaching of the great Sheikh Muhammad Bin Jarah, Sheikh Yasser is a Qur’an reciter of Kuwaiti origin par excellence.

Having been certified by Hafs A’n Assem recitation method and according to the “Fourteen Readings”, he is at present rendering his services as an Imam in Al Souhoul mosque in Kuwait.

He has to his list of accolades the prestige of having authored various books on varied topics such as : “The Quranic Closing Du’aa of Several Sheikhs”, “The Sincerity of the Intention in the Sequenced Hadeeth by Priority”, “The Summary of the Tajweed of Sheikh Omar Assem Al Azmiri”, “Al Ikhwan Masterpiece of the Tajweed of Sheikh Hassan Al Shaeer” and many more such amazing publications.