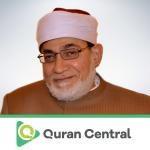 The seeds of the passion and love for Quran were embedded into him from childhood in Dandit village. His grandfather took him to the school only specialized in Quran learning where he learned the Quran by heart at the age of 10.

The Institute of Shubra al-Azhari Balkhazindarh was his true homecoming where he met the stalwarts of the field such as the late Sheikh Al Hamzana, Sheikh Mohammed Elitr, and Sheikh Ahmed El Ashmouni.

The Faculty of Islamic Studies Al-Azhar University helped him achieve Bachelors degree in Islamic and Arabic Studies followed by a Masters in Hadith and then succeeded with a Doctorate in the same field in 1992.

Sheikh al Masarawi had an illustrative career what with teaching at  Al Azhar institute and then being rightfully leveraged to Assistant Professor and then Head of the entire department.

Another noteworthy feather in his cap was being designated as the Chairman of the Committee review of the Quran in the Islamic Research Academy in 2003.